Michael's second race with Tri- C Karters was on August 7th, 2021.  I had some problems with the kart and clutch, so even though it was a night race, we went a bit early to do some testing before racing.  We did one test session, and then decided to just chill until the evening racing.  The track format was slightly different than the configuration we normally use. 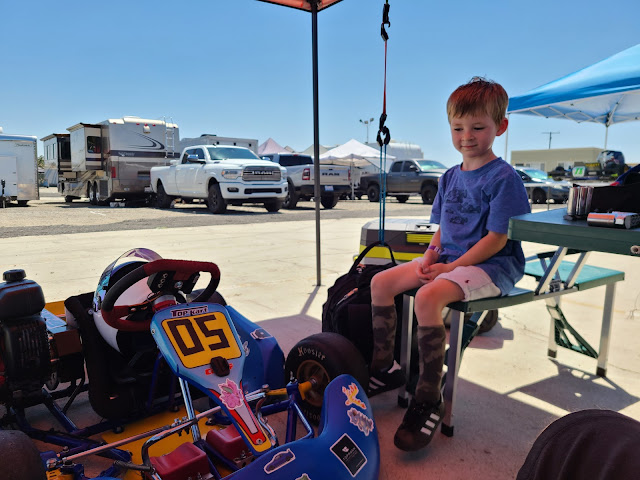 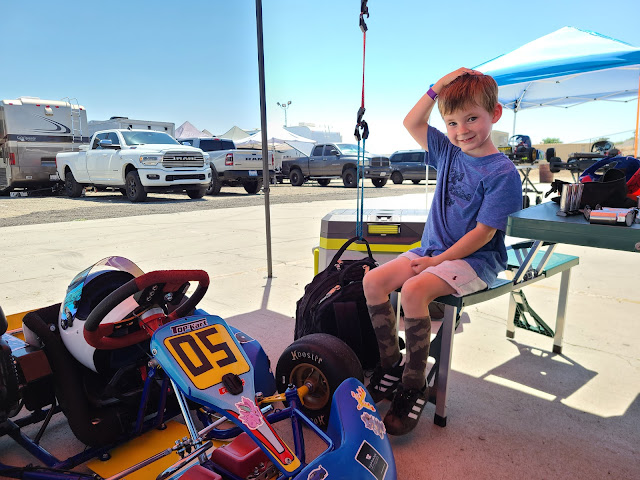 The kart kept tossing the springs out of the clutch. I had the engine/clutch off the kart three times, trying to get it to work. I really struggled with it. One time I worked to get it fixed. Tested it in the pits, then it failed on the grid. In the end, he did the race, had fun.  I didn't even get any video because I was feeling pretty frustrated with the kart all day. I did talk to the tech guys about it, and they mentioned that the fast kids/karts all had a lot of clutch parts to put together.

After the race I bought new springs, and shoes for the clutch, and I still need to try those out. Since then its been busy, and we haven't had a chance to make it back to the track.
adams motorsports park Topkart Tri-C Karters 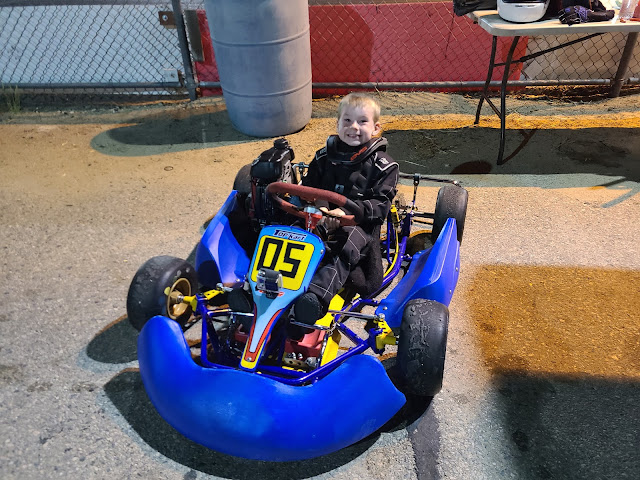 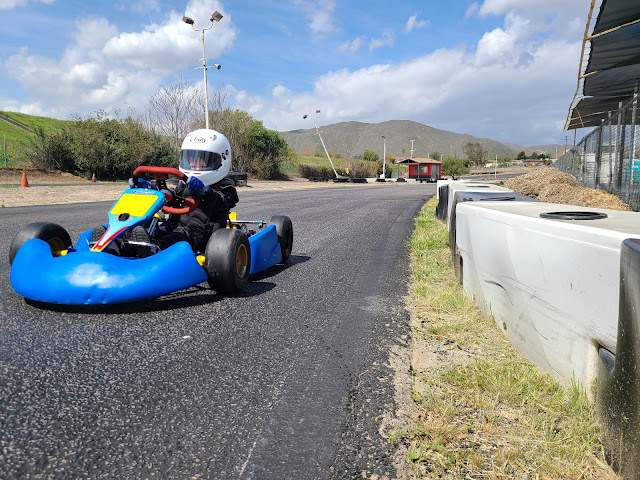 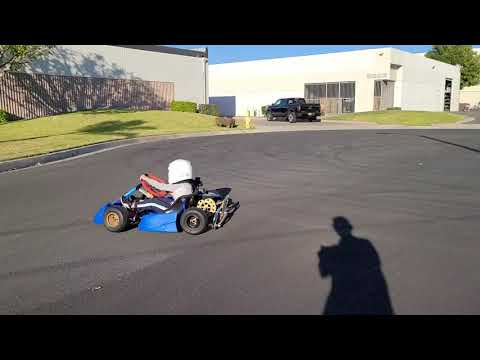